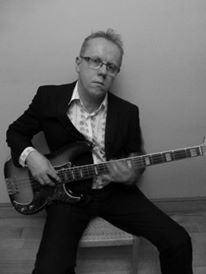 “Me? I was born a long time ago when things were good….“

Here is the Pete Jones biography for those that are interested but this  is the short version, there will be much more blood and gore  in my book.

1957… Seems so bloody long ago now, coz it is. Only 12 years or so after the end of the second world war and I was born into a tough environment for a sensitive mind like mine. 15 years later, and I was in a band; Cosmosis was born in the school playground at the behest of my pal Tony. He kinda dictated what we should do, like, or be. He was the leader of our pack and after he took the lead guitar slot, I was left with bass or keyboards, so I begrudgingly chose bass.

I loved the thought of being in a band and we set about it by being absolutely shit for some considerable time. It worried us; we decided  that if we hadn’t ‘made it’ by the time we were 18 then we would give up. Of course, Cosmosis didn’t last long but I did manage to write my first song called ‘Shit Man‘ for which, Tony tried to beat me up as he was so jealous.

Over the next few years, I got my head down and learnt some bass rudiments by listening to old rock records and trying to work out the bass lines. I got into Black Sabbath, Deep Purple, Cream, Hendrix. There was so much to chose. I became a big fan of Yes and Chris Squire who was my hero with his crunchy Rickenbacker bass sound. It gave me something to do.

By around 1975 during my A levels, I bumped into Tony again and he was hanging around with a local band called Blonde (Not Blondie, they hadn’t been invented yet) and they were looking for someone to play bass. I went along and played badly but got the job. Their guitarist, despite being a total arsehole, was very very talented and started to teach me how to play bass properly. We wrote and played our own songs (we even had a keyboard player who owned a Mellotron) and eventually got some gigs, my very first.

Over the next few years, the band changed members and names. We had to ditch the Blonde name when Blondie was born and thus, we became Bogart.

If you really wanna see what I was like as a kid, watch this:

I released my very first record with Bogart; a 7″vinyl track called The Reebeneeba which was a ridiculous name for a song and I have no idea what it was about. It was going to make me famous, but it didn’t. We changed members again and became The Hots. All the while I was playing and practising, playing and practising. I looked so young that I couldn’t get served in pubs, got thrown out of most of the pubs in Watford where I lived so it was easier to stay home and practise, practise, practise.

The Hots drummer left to join Lone Star so we had to advertise for a new one so duly placed an ad in the Melody Maker. An affable young lad turned up one evening and he was just the job. Very talented, quick to learn and was funny as fuck. His name was Martin Atkins.

Martin did a great job on the skins with The Hots and we mostly played the London circuit for a while. When Martin got the offer to join Public Image Limited I thought he was mad. Of course, he wasn’t, he was absolutely doing the right thing to leave us and jet away for a coast to coast USA tour in 1980 with them. Lucky bastard.

Coincidentally, just as The Hots were in their drummer-less death throes, I got an offer to join up and coming Cowboys International for a European tour and TV work. I was a professional at last. Not for very long though. The band were good but intolerable to work with and they split up after our last gig at Kantkino in Berlin.

Martin returned back from his jaunt with PiL and was duly sacked. They couldn’t afford to pay him and we began writing songs and working on his solo project. Initially this was called The Guava Boys but for some inexplicable reason, Martin changed the name to Brian Brain. Off the back of Martin’s association with PiL, we suddenly got loads of gig offers. Martin couldn’t play drums and sing at the same time so we recorded all the drums on tape and played along with it. Just me on bass, Bobby Surgeoner on guitar and Martin singing.

Armed with our drums on a Revox reel to reel tape player, we set off on a drunken escapade round the country and Europe. It was madness, sheer utter madness fuelled by alcohol and speed. Again, on the back of his association with PiL (picking crumbs from Johnny’s table) and from a public payphone in Willesden, Martin somehow managed to arrange some live dates in the USA. It was to be one of 4 Brian Brain tours of that wonderfully diverse country. (well, it was wonderful in 1980, less so now perhaps).

During this mad period, Brian Brain released a few records, They’ve Got Me in the Bottle, Unexpected Noises, Culture, Jive Jive, Funky Zoo all on Secret Records. Boy, could we churn out the hits!!

During one of these trans Atlantic jaunts in New York, Martin bumped into John Lydon and Keith Levene who by this time were based there and they asked him to rejoin the band for the umpteenth time. Shorty thereafter they needed a  bass player. Martin recommended me. Before you knew it, I was reluctantly (I couldn’t stand Pil’s music) on a plane heading West to join them.

8 months later I was back in the UK after jumping the PiL ship a broken man. Despite being offered a tour with Kim Wilde I turned my back on the music business. My time with PiL had turned Rotten so to speak. I got a job, married, and started a family. I never regretted leaving PiL for more than a passing moment. My only regret was that I never went on tour in Japan which was a country I had always wanted to play.

Once the internet came along and started to take over our lives and music technology moved forward,  it became  easy and relatively cheap to record at home. My appetite returned and I  got back into it all again. It was easy to make connections world wide thanks to the good old www and I started writing songs again. Offers to collaborate came in with loads of people round the world, swapping files back and forth, as well as remixing and mixing for other bands. To say I was in my element was an understatement. I always did prefer the studio environment to playing live. The songwriting continued and I managed to write and release several solo projects and teamed up with others to release stuff under the Creepy Dolls and Pete & Charlie monikers.

In 2013 I was asked to play a gig with Back To Zero, my first proper gig since I left the PiL stage. I wasn’t too keen but agreed to play one gig on the basis that if I didn’t enjoy it, then it would be my last. Thankfully, it was almost pleasurable. Shortly thereafter I got the offer of a couple of gigs with Department S which was brilliant, and now I was hooked back in good and proper. I’ve been there ever since, touring extensively and recording new songs with the band. When All Is Said and All Is Done was released in 2016 written with Phil Thompson and Eddie Roxy. It was a lot of hard work producing that album but its an album of which I am very proud.

How long will it last? Who knows. As long as I’m enjoying it  and my old bones can carry me along then I shall continue. I’ve been very fortunate to have been able to contribute in some way to rock history, even if it’s only as a footnote rather than a main headline. Keep checking back on the biography page for the update on the book.

Still playing, still practising and loving it. Currently working on my new solo album Contrivances for the Soul and a new Department S album with a great bunch of mates.