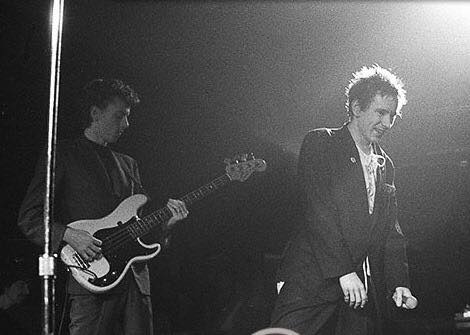 PiL wasn’t the easiest gig to be offered to tell the truth. Filling Wobble’s shoes was piss easy playing wise, but I didn’t want to be labelled as a Wobble clone and wanted to stamp my own sound on the band… What a battle that was. It will all be in the BOOK.

I am fully aware of what an honour it was to play with such a seminal band, despite the difficulties. Playing bass on their highest ever charting UK single ‘This Is Not a Love Song’ has never been bettered, beat that.

Most of these photos were shot by Maureen Baker who was on tour with PiL during the 82/83 period. I used to carry a 110 Kodak Instamatic camera everywhere with me and took loads of pictures that mostly were rubbish. Amongst them, were some real ‘holiday snap’ gems… enjoy.