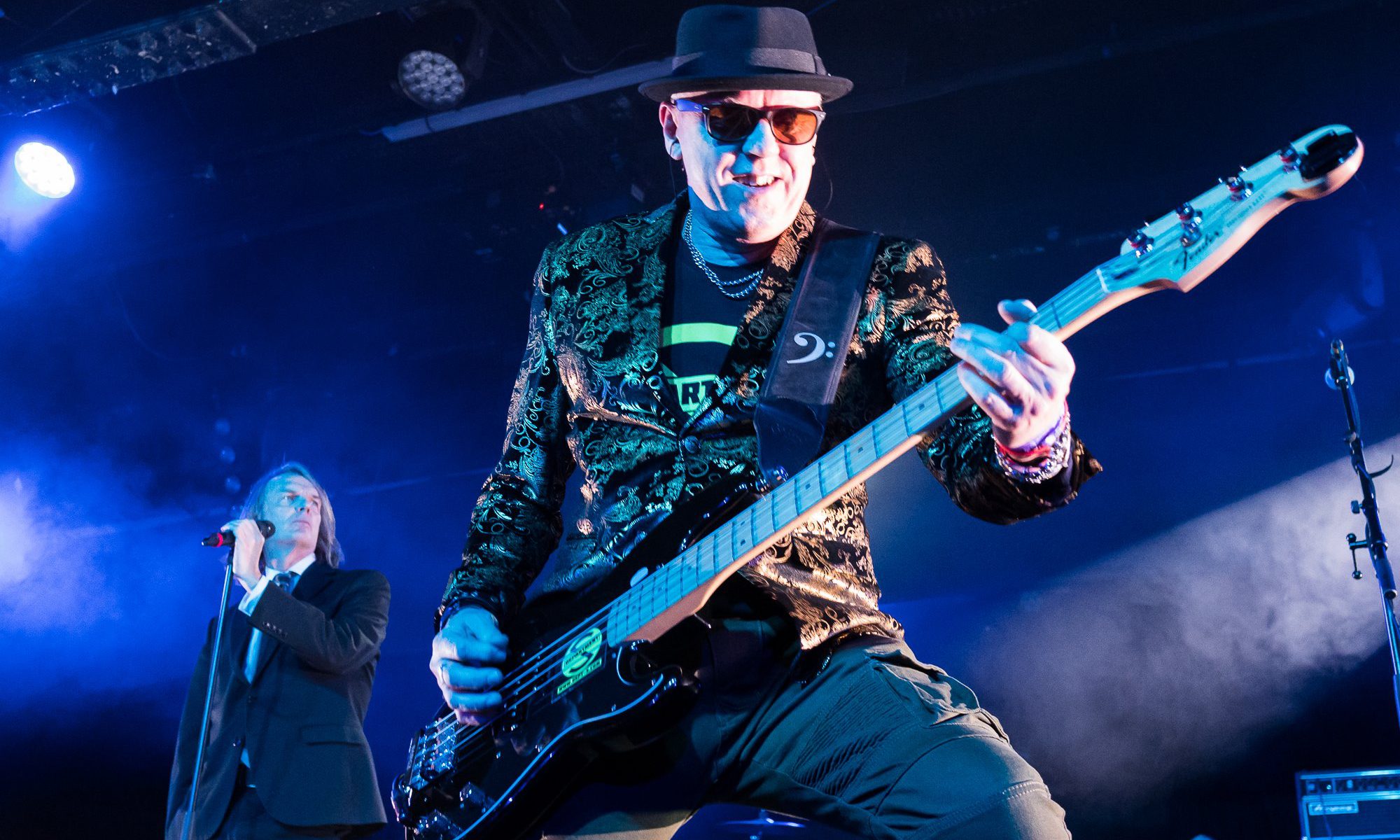 After 100 shows, my last Department S gig went with a bang at Minehead last weekend. It was a weekend of mixed emotions; I was quite sad that my tenure with the band was coming to an end but I was reminded of how many lovely people I’ve met along the way. I got a bit carried away flinging my guitar around at the end of the set but it seems to have survived. Those Fender basses can take a great deal of punishment. Thanks to all those that have supported me over the last 5 years, I’ve made loads of new friends and I hope to see you at a gig some time soon.

Minehead is a great festival and this year had some massive performances from the likes of The Undertones, The Skids, The Rezillos, The Vapors, The Members, Toyah, 999 and Big Country.

It was also a weekend that saw Phil Thompson doubling up on guitar duties by playing his first gig with the Rezillios. It was a bit strange standing in the crowd watching him play with another as if he was cheating on me! He played a blinder and the band sounded as good as ever. I’m looking forward to hearing the results of new recordings from them later in the year.

I‘m gonna spend some time on the sofa, and work some more on my solo material. The Contrivances For The Soul album is still due for June this year and in the meantime, the Psycho Drill single and Rogue Sector remix are doing well. I will be thinking about returning to the live stage later in the year with a brand new line-up. Watch this space, but hold your breath.

You’ll see a new track released soon. It’s an old recording form 2008 but it never was released properly so I’ve decided to put it out as a digital release now. Blood Red, Bible Black will be out in April.

Be good fuckers! and keep in touch!

One Reply to “They think it’s all over…It is now!”